How to Reduce Your Vehicle’s Emissions 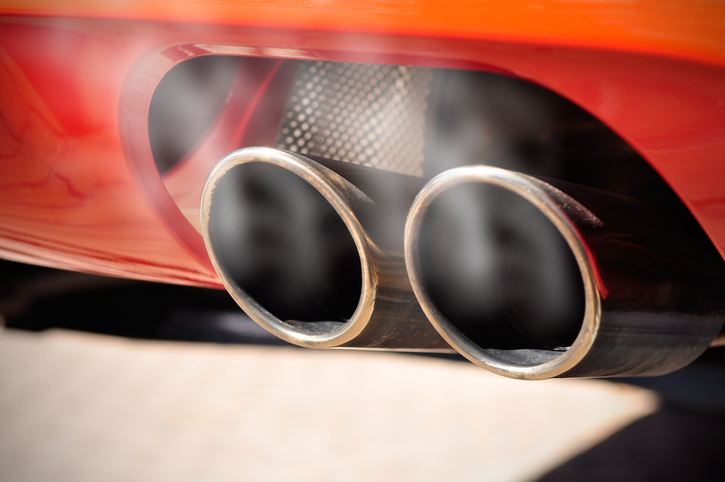 Lately there has been increasing concern about the impact each of us has on our environment. Often this can lead to a battleground of debate, but one thing is certain: Internal combustion engines create pollutants. Fortunately, there are actions we can take to limit those emissions and the impact they have on our lives and our planet.

With any internal combustion engine, flammable fuel is mixed with oxygen, usually from the air we breathe, and combined under pressure and with a regulated spark to create a controlled explosion. The force this explosion generates creates expansion, which moves a piston, which moves a crankshaft, which is used to create motion. And down the road you go.

There are two primary byproducts of this process of changing chemical energy into kinetic energy: heat and exhaust. The chemical process of combustion itself–known as oxidation–turns a hydrocarbon, such as gasoline, into carbon dioxide, carbon, and a variety of other gases and particles known as “emissions.” Other trace elements and compounds include sulfur, hydrogen sulfide, ozone, carbon monoxide, and even unburned fuel.

How do emissions impact the environment?

Not only are the emissions your running vehicle creates foul-smelling, they are also toxic. Large particulates found in smoke and exhaust create smog in cities, which contributes to acid deposition in rainwater. In addition to being difficult to breathe, smog also corrodes metal and even stone. In highly concentrated amounts, carbon monoxide is particularly lethal to people and animals. Carbon dioxide is considered a greenhouse gas and could affect atmospheric conditions, and the massive amounts of carbon in the atmosphere could contribute to climate change. Atmospheric pollutants are a big contributor to increased greenhouse gases, which are being produced faster than they can be reclaimed by plants or the oceans. All the carbon that was trapped in oil and other hydrocarbons for the last several million years is being released in record amounts by burning fuel. In the last thirty years, significant efforts have been made to reduce and eliminate these gases in automobiles as much as possible. As a result, most cities – particularly those outside of Asia – a experiencing less pollution than they did decades ago. Still, emissions levels remain a significant threat to the environment.

What can you do to reduce your vehicle emissions?

There are a number of ways you can reduce your environmental impact by reducing emissions. Some of them are so simple they might be surprising.

Usually increasing horsepower means reducing your mileage, but not with ELEV8. Independent studies prove that ELEV8 increases horsepower and mileage! And remember, increased mileage means reduced emissions. What’s more, ELEV8 has also been proven to reduce powertrain wear. This means you can not only reduce maintenance expenses, you can extend your vehicle life by one year, two years or more! So choose the revolutionary powertrain treatment proven to protect your vehicle, your bank account and your planet. Choose ELEV8!